Hi! For the next few weeks, work calls on me to look at activist campaigns around Southeast Asia. It’s loosely related to some internet wandering I’ve been doing lately that I want to share!

I know most of us probably don’t listen to unsolicited song recommendations 👀 but I’m selecting a few here. About two minutes of spoken word, plus three songs (about five minutes total!). I think it’s manageable, your mileage may vary.

It began with watching Singapore’s Subhas Nair perform at New Naratif’s fundraising event. His raps feature multilingual wordplay with politically-conscious references. I didn’t catch all of them, but I like the sensation of there being more information than my mind can record. After his show, I picked up a copy of his digital solo album, Tabula Rasa, which I recommend.

Subhas poured an unbelievable amount of energy into his online show. It reaches past screens and moves audiences — it’s almost enviable. Watching Subhas, looking so young and at ease online, makes me think this is a possible future of digital live shows. Trends will change as we learn more about performing online, and our tools to do so improve. Rather like when TikTok added a polish to home videos, or how more of us now have green screens and ring lights at home.

Singapore’s arts scene does provide subversive content and sometimes (subtle) protests, despite the government’s attempts otherwise. Considering that it seems easier for music to cross borders, I’m more used to accessing Singapore’s dissent via theatre and film. Subhas might be my first encounter with blatant Singapore protest music, and I love to see it.

As for Malaysian protest songs, Takahara Suiko is a prodigious publisher, sometimes releasing her songs within the day of a politician doing something memorably terrible. I feel like anyone in Malaysia who finds my newsletter will certainly already know of her work (and the same cannot be said the other way around!).

And so I veer towards my new favourite local protest song, this unidentified gem 👇

I have no idea who is responsible for this parody. It’s sung to Sayang Kinabalu, which is written by the same man responsible for the legendary ballad Kau Ilhamku. Its composer, Asmin Mudin, has been vocal about feeling robbed of Sayang Kinabalu royalties, and how many have claimed it as their own, but I hope he feels generous about this particularly inspired video. It’s got incredibly Sabahan vibes; look at the woman doing the sumazau in the background!

That said, I don’t have the skills to adequately sing along with Subhas, or even the Sabahan Covid song. I wish I could! Singing along lets us emotionally connect with a cause (and each other, when we hear our voices collectively rise). In short, singing together can transform our feelings from passive audience to active participant, so a movement with music can be more powerful.

Examples abound in history, and perhaps the ones studied most prominently are those linked to the US civil rights movement. Billie Holiday’s song on lynching, Strange Fruit, is the one I’ve listened to most. I think many of us are familiar with We Shall Overcome, even if not all of us know its political history.

There are so many protest songs in mainstream music. Some have obvious political themes, like N.W.A’s Fuck the Police. I’ve always considered Rage Against the Machine fairly explicit in their politics, but when the band signed a pro-Palestine petition, some fans were surprised (and thoroughly roasted by more attentive listeners). Other protest songs, like Bruce Springsteen’s anti-war anthem Born in the USA, are entirely misconstrued by the time the song gains mainstream appeal.

My all-time favourite protest song actually comes from Bali Bergerak, an album of protest music. Bali Tolak Reklamasi is my favourite, and also the album’s most known track. This hummable and super singalongable tune was my introduction many years ago to the anti-reclamation movement in Bali.

This people in this song (and my rough English translation 🙇🏻‍♂️) remind me of the strong protests led by Penang Rejects Reclamation against the Penang South Reclamation (PSR) project. Penang is the land of the Non-Govermental-Individuals (or NGIs), where individuals can take on causes with the impact of an entire NGO. Every prominent Penang NGI activist I can think of has fiercely (and rightly) condemned the PSR project.

This brings me to the final stop in this edition of my newsletter, also from the seas. That is, online sea shanties! Started in the seas, now in our streams. I love the many infuriatingly catchy songs I have come across since.

Yet the sea shanty I found most memorable (and enchanting) was this feminist bookworm sea shanty against mansplaining:

That’s a wrap! Did we make it to the end of the newsletter together? Yay! See you all next week! 🏝 I suspect it’s going to be quite a left turn from the protest music 👀.

PS: If you know of any recent/current SEA feminist digital campaigns, please give me a shout! No, it’s not too small to mention. Yes, I want to know more about it. No, I don’t know already about it.

Cover image: Yes, my cover image is a flag on top of another flag. I hoisted a black flag outside my house a day before publishing this newsletter, in solidarity with Malaysia’s nationwide #LAWAN protest. It has three clear demands: Muhyiddin must resign; Parliament must convene; Emergency must end. 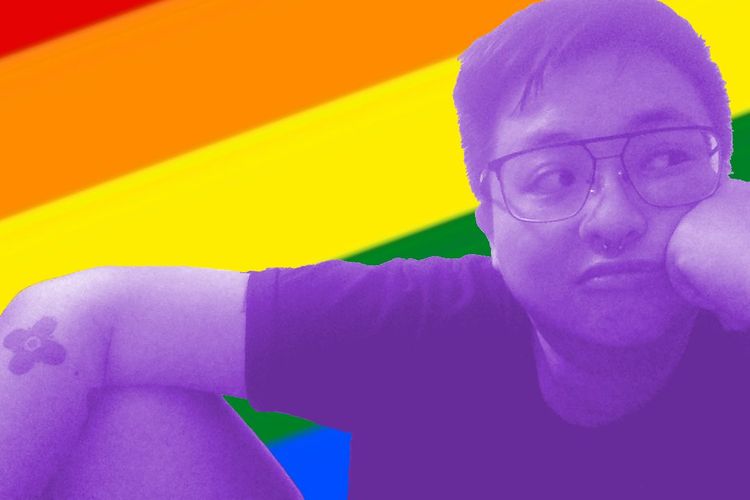